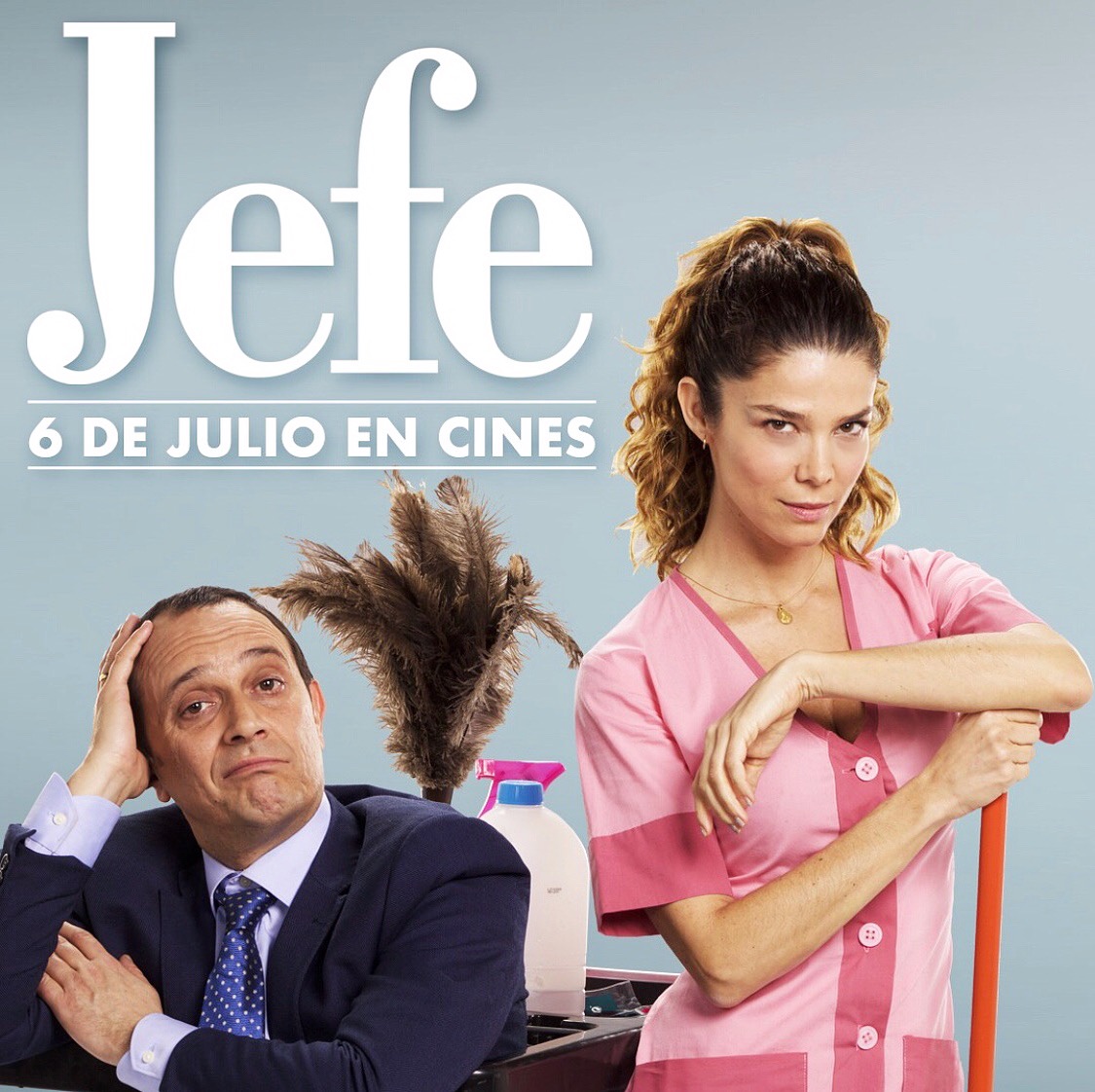 Jefe, Juana Acosta’s most recent film in which she stars in, opened today. The film tells the story of César (Luis Callejo) the boss everyone hates, some flatter and to who nobody ever tells the truth, is a successful businessman on the edge of a cliff. Overnight his stocks plunge, his associates betray him and his wife kicks him out of the house. Barricaded in his office for a week, he works day and night to recover his company and his life. But he doesn’t do it alone. César will find an unexpected ally, Ariana (Juana Acosta) the nighttime cleaning woman.

“A comedy about corruption where black is blacker than black (…) a promising debut.”
Javier Ocaña: Diario El País

Luis Callejo, delicious and foul-mouthed in-depth study of a miserable executive interpreted with absolute brilliance.
Olga Pereda: Diario El Periódico
Callejo nails the chiaroscuroof this scumbag in the hands of Sergio Barrejón. They both make the pieces fit together with efficiency, along with the complicity of the fabulous cast and a calculated script.
Álex Montoya: Fotogramas