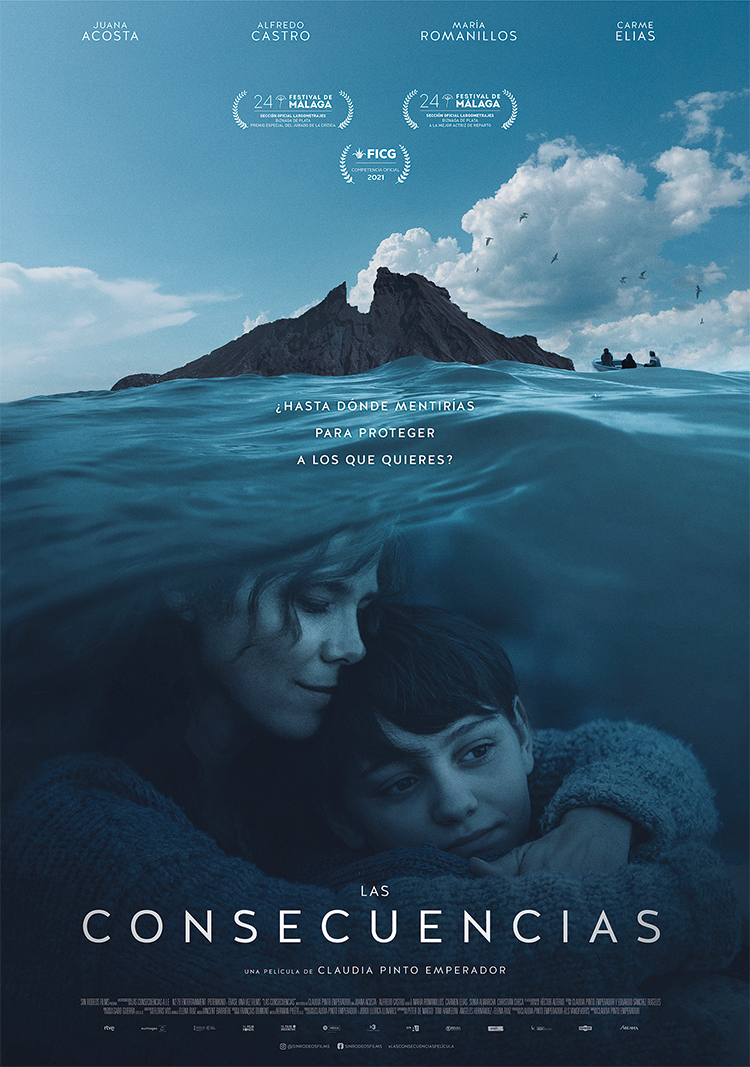 The film premieres on Friday, the 17th of September, starring Juana Acosta, Alfredo Castro, María Romanillos and Carme Elias, with the special participation of Héctor Alterio, who was awarded the Biznaga de Plata Special Jury’s Award during the most recent Malaga Festival. María Romanillo received the Biznaga de Plata for the Best Supporting Female Interpretation during that same festival.

During a trip to a small volcanic island, Fabiola becomes a spy in her own home. She doesn’t have any evidence or is she certain of anything, but her intuition tells her that everything is not what it appears to be. She goes back and forth between being afraid of what she will find and the necessity to find answers. How deeply should one rummage through the private lives of others? How much should someone lie to protect the people they love?

“Las consecuencias” is an emotional thriller, directed by Claudia Pinto, who in her own words describes it like this: “Every family lives with their own secrets. Home life is neither black nor white. There are blurry areas that exist where we don’t want to see or feel. “Las Consecuencias” explores inherited emotions and the animality of what it means to be human. It is about false monster (those that come alive in our heads) and true monsters (those the we have in front of us but which at times, we don’t see)”.