Juana Acosta premieres in “La Templanza” (“The Vineyard”) on Amazon 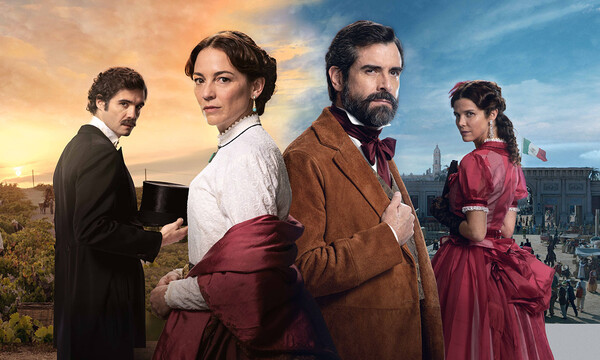 Posted at 18:31h in Noticias, Series TV by JuanaAcosta
6 Likes
This ambitious ...
Share

On March 26th Amazon released Juana Acosta’s latest series, “La Templanza” that tells the story of an Andalucian woman in London and a man from Palencia in Mexico in financial ruin who are both reborn when they meet in Jerez in 1870.

Jerez. 1851. Soledad Montalvo, daughter of a rich winemaker, is forced to marry an English importer who she winds up loving and having three daughters with. Meanwhile, Mauro Larrea, a humble widowed Spanish farmer, is forced to immigrate to Mexico where he winds up owning silver mines.

Juana plays the great villain of the story, Carola Gorostiza: “Frustrated in her marriage and in the world of business controlled by men, she gets by on her own without limits and without regrets.”

Other actors in the series are Leonor Watling, Rafael Novoa, Emilio Guitiérrez Caba, Cristina Alcázar, Juanma Lara and other British and Mexican actors.

The series is based on the novel by María Dueñas who says of the adaptation: “You can see the effort, the talent and the desire to do it well with actors, production and screenwriters. They have treated my novel with tremendous respect. They have made changes in the story and characters, increasing the presence of the supporting characters and adding of new ones,… They always consulted with me first. They were correct in that is an audiovisual adaptation. And I am very pleased by the result.”