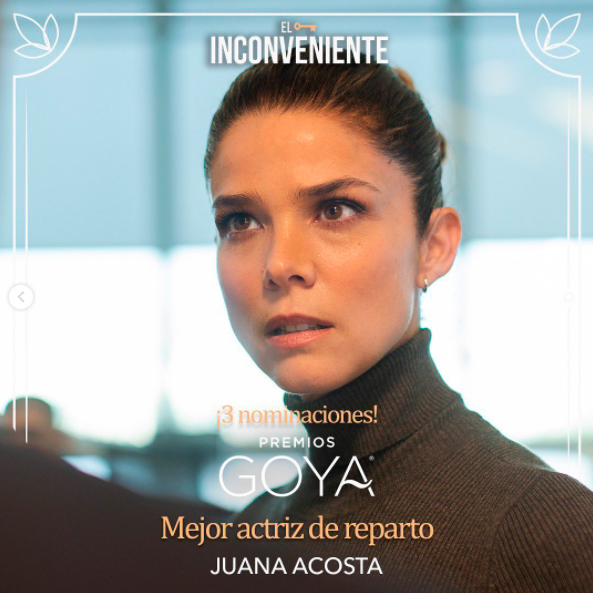 Posted at 11:33h in Noticias by JuanaAcosta
0 Likes
Juana Acosta has ...
Share

Juana Acosta has been nominated for Best Supporting Actress in the 35th edition of the Goya Awards 2021 for her participation in the film “EL INCONVENIENTE” directed by Bernabé Rico. In addition to her nomination, the film received two others as well, Kiti Manver for Best Actress and Bernabé Rico for Best New Director.

Sara (Juana Acosta) is offered to buy the perfect house. It’s spacious, full of light and extremely cheap. There is only one small “inconvenience” … Lola (Kiti Manver), the elderly owner, must live there until she dies. Even with this minor setback, Sara still believes it’s a good deal and decides to buy the house and wait for Lola’s demise.