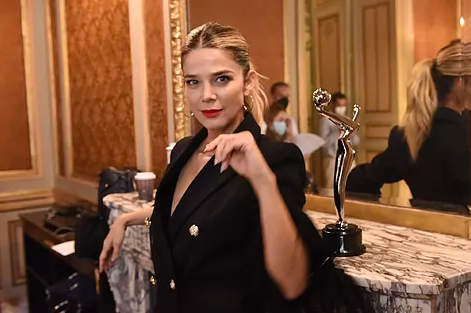 The Platino Awards, the ‘Goyas” for Ibero-American cinematographic and audiovisual productions, returns to Madrid this Sunday, October 3rd, headed by the big stars, Juana Acosta and Luis Gerardo Méndez, who will be presenting the gala. The best world-wide film and productions in Spanish and Portuguese languages will be on display.

After two award ceremonies in Riviera Maya and one virtual ceremony because of Covid, the awards gala returns this year to a live format where many stars and artists from the Spanish and Portuguese speaking audiovisual industry will be present. The gala can be seen on television in more than 50 countries.

This itinerant award gala began in 2014 in Panama City. The idea was to develop and spread the incredible talents in the industry from the 23 Ibero-American countries under the impetus of EGEDA (Entidad de Gestión de Derechos de los Productores Audiovisuales) and with the support of the Academies and Institutes of Ibero-American Cinema.