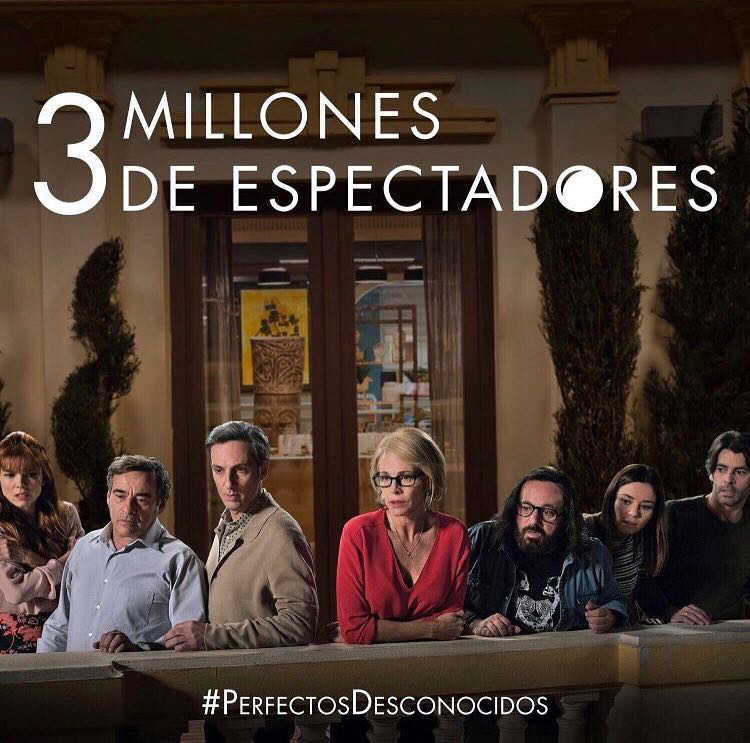 Posted at 09:47h in Noticias, Perfectos Desconocidos by JuanaAcosta
13 Likes
After achieving ...
Share

After achieving an almost unanimous consensus by movie critics before its opening, Perfectos Desconocidos is triumphing in Spanish theaters and has been seen by three million spectators.