Juana Acosta at the Goya Awards 2018 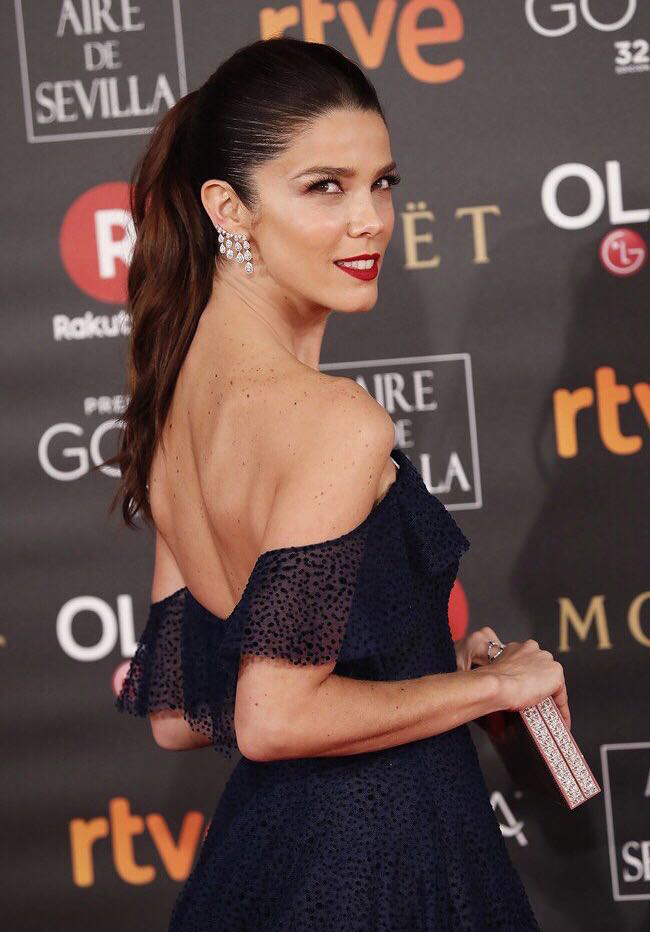 Juana Acosta attended the Goya Awards this year, just as Perfectos Desconocidos, directed by Alex de la Iglesia and in which she starred in, has been receiving tremendous success. The film has earned almost 20 million Euros in the box office and has become one of the highest earning films in history.

Juana wore a gown designed by Pedro del Hierro on the red carpet. Her look had a touch of retro, as her hair was worn in a high ponytail. She wore XL diamond earring by the French firm Messika and her total look was finished with a gold clutch by Swarovski. 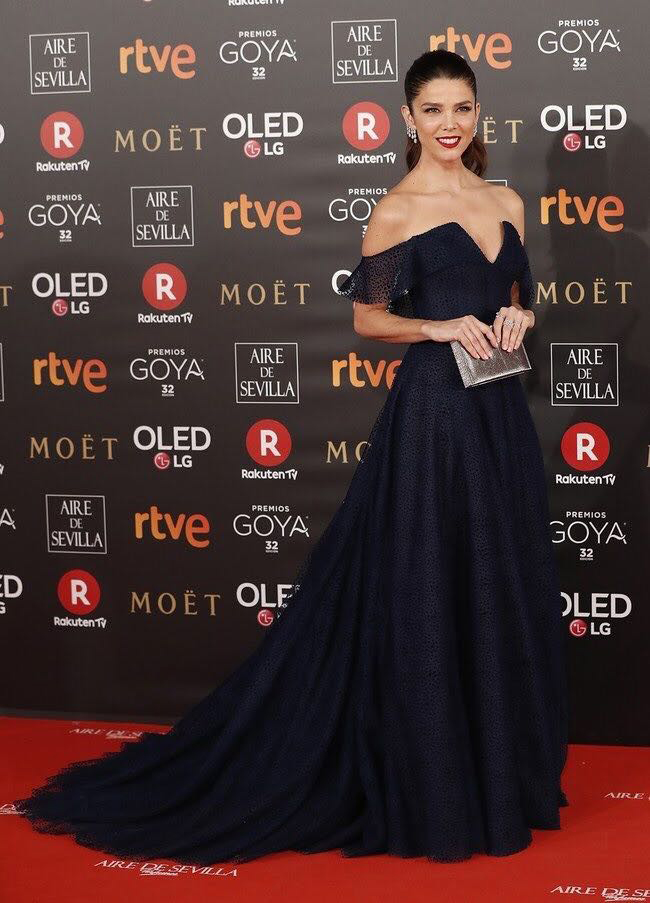 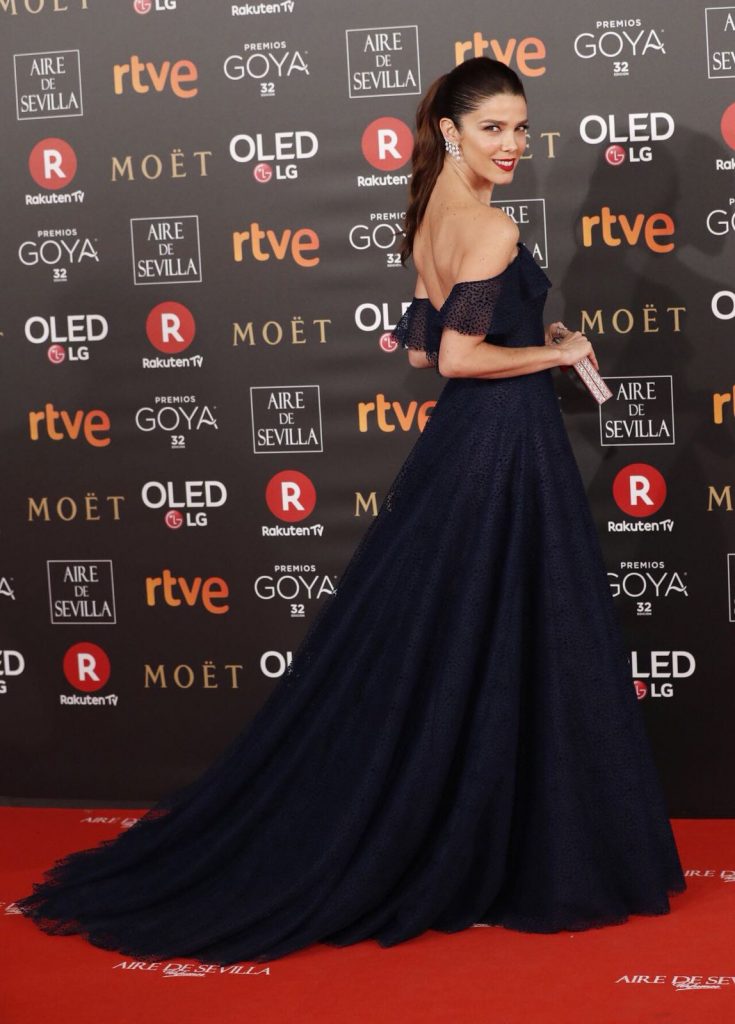