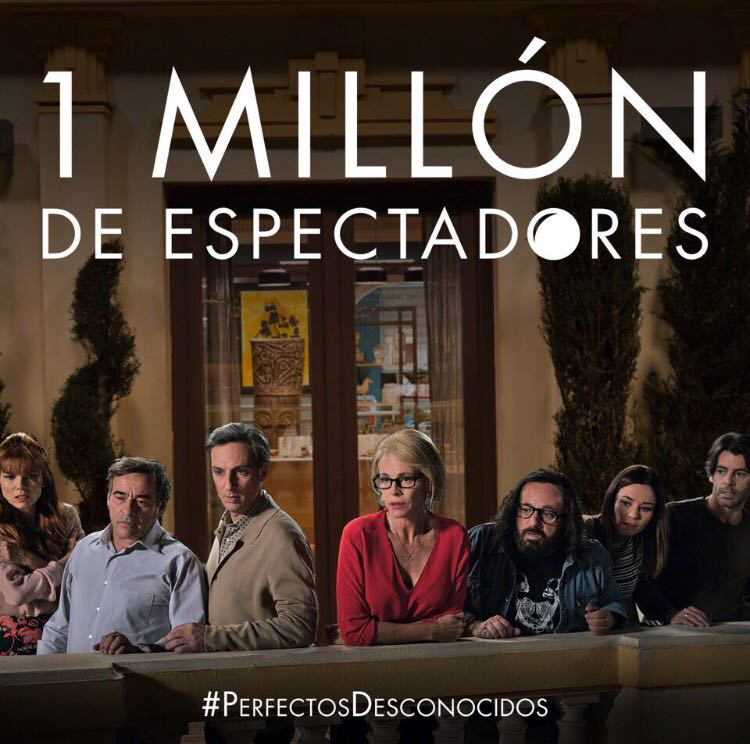 After achieving an almost unanimous consensus by movie critics before its opening, Perfectos Desconocidos is triumphing in Spanish theaters and has been seen by one million spectators.