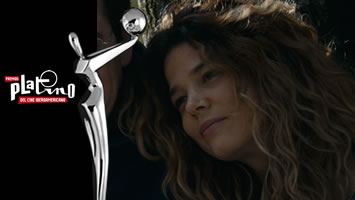 Posted at 18:29h in Noticias by JuanaAcosta
5 Likes
Juana Acosta has ...
Share
Juana Acosta has been nominated for the Platino Awards for Best Leading Actress for the film Anna.
Anna is the first film by Jacques Toulemonde, co-writer of the full-length feature film, “Abrazo de la serpiente”, the only Colombian cinematographic production  chosen for an Oscar Award.
Anna recreates the story of a woman who lives in Paris and who decides to return to her homeland, Colombia with her eight-year-old son in order to escape her ex husband who threatens to take away the boy’s custody from her.
Filmed in France, it contemplates a reflection of motherhood, with its worries, delights and fears.
The other nominees are Angie Cepeda (La Semilla del Diablo – Colombia), Emma Suárez (Julieta – Spain), Natalia Oreiro (No me Arrepiento de Este Amor- Argentina) and Sonia Braga (Aquarius – Brazil).
The ceremony will take place on July 22nd in Madrid.