Acantilado is Now in Movie Theaters 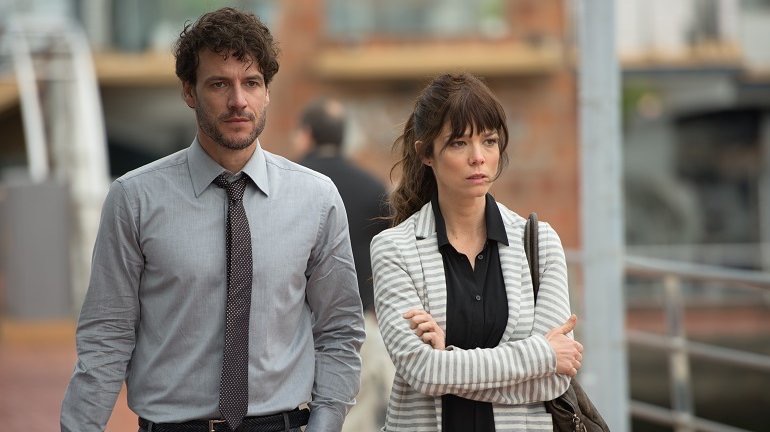 Posted at 09:54h in Noticias by JuanaAcosta
0 Likes
Acantilado, a new ...
Share

Acantilado, a new film by the director Helena Taberna, starring Juana Acosta along with Daniel Grao, Goya Toledo, Ingrid García Jonsson and Jon Kortajaren, will open in movie theaters on June 3rd. This film is an adaptation of the book El Contenido del Silencio by Lucía Etxebarria.

In addition, this film will be projected during the Official Section of films not competing in the Malaga festival.

Gabriel is a promising District Attorney whose life stumbles when he receives a call from the police. There had been a collective suicide of a sect in the Canary Islands and his younger sister, Cordelia, had been among the followers. Her body was nowhere to be found.

Gabriel had not seen his sister in years: something had happened between them and their lives went in different paths. He leaves at once to the island to find out what happened first hand and to help with the investigation. There he meets Helena, Cordelia’s friend, who has a strong personality and who wears her heart on her sleeve. Helena and Gabriel make a connection at once because of their desire to find Cordelia alive.

Shortly thereafter, Gabriel discovers that his sister joined “The Community” because she had been seduced by their leader, a woman of great magnetism and who came from a dark past. Cordelia found refuge in the group where her wounds could heal, but she also became a witness and accomplice to the strange things that happened before the tragic event. At the same time that Gabriel submerges into the mysteries of the sect, the certainties he had about his life begin to split apart.

Soon he learns that finding is sister alive may be the only way to save himself.