The Liberator pre-selected by Venezuela for the Oscars 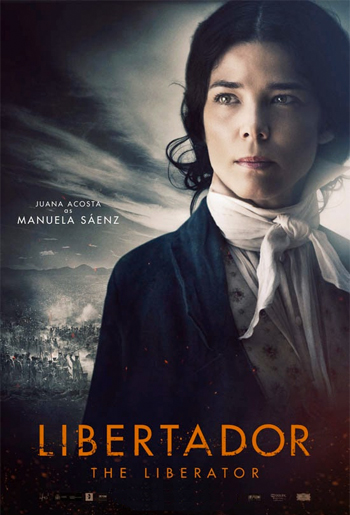 08 Oct The Liberator pre-selected by Venezuela for the Oscars

“The Liberator” directed by Alberto Arvelo, in which Juana Acosta plays the role of Manuela Sáenz, Simón Bolivar’s final lover, was selected by Venezuela to enter in the competition for a nomination for an Oscar in the category of Best Film in a Foreign Language.

For the director, screenwriter and cinematographic producer, Alberto Arvel, this is the third time his work has been chosen to represent Venezuela in the competition for a nomination for an Oscar.

“The Libertador” premiered in Venezuelan movie theaters on the 24th of July on the occasion of the birth of Simon Bolivar, liberator of Venezuela, Colombia, Ecuador, Bolivia and Perú. This full-length feature film premiered in the United States on October 3rd. Since it has opened, “The Liberator” has reached 573 million viewers in Venezuela.