Anna is nominated for the Goya Awards 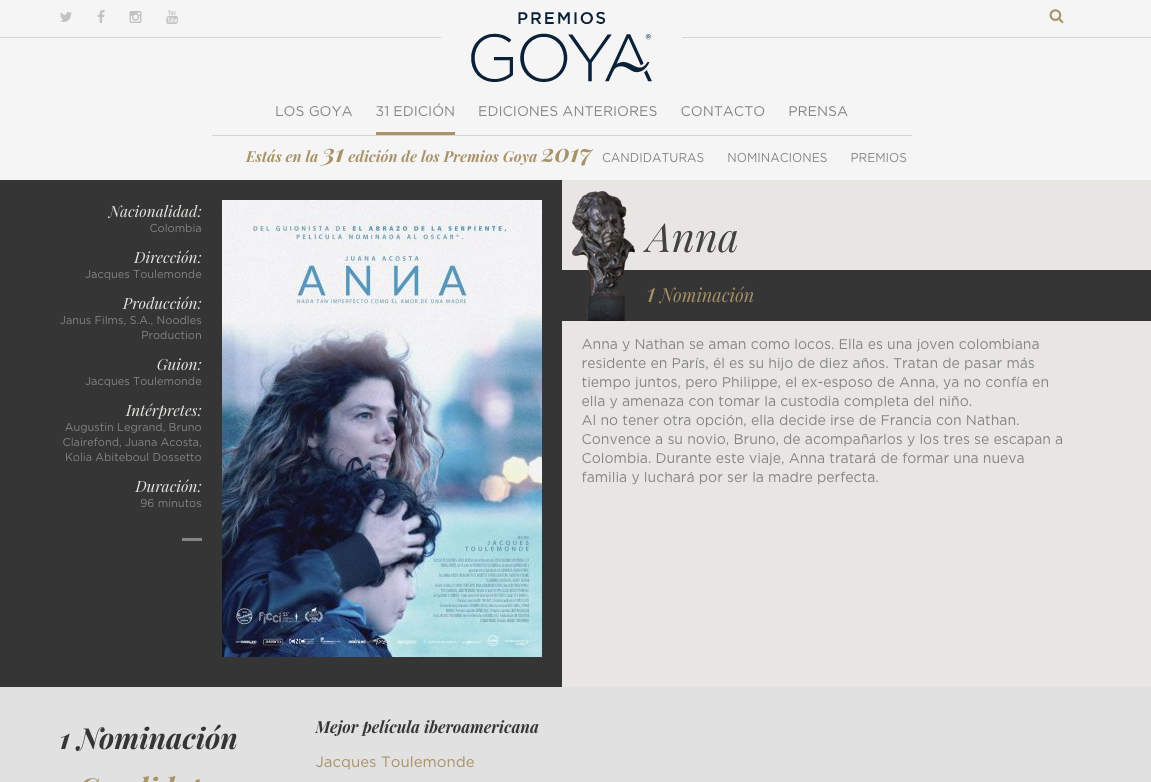 14 Dec Anna is nominated for the Goya Awards

Posted at 09:22h in Noticias by JuanaAcosta
3 Likes
Anna, portrayed ...
Share
Anna, portrayed by Juana Acosta, has been nominated for Best Ibero-American Film for the 2017 Goya Awards.  This full-length feature film is competing for the prize along with El ciudadano ilustre (Argentina), Las elegidas (México) and Desde allá (Venezuela).
Anna is the directorial debut of Jacques Toulemonde, co-screenwriter of the full-length film Abrazo de la serpiente, the only Colombian film ever chosen for an Oscar award.
This film tells the story of a woman living in Paris, who decides to return to her native Colombia with her eight-year old son in order to escape her ex-husband, who threatens to fight for custody of the boy.  Filmed in France and Colombia, Anna reflects on the plight of motherhood, with all of the concerns, joys and fears that go along with it.
The ceremony will take place on February 4th in Madrid.